Yes, Virginia, There is a Santa Claus … by editor Francis P. Church, first published in The New York Sun in 1897.

Dear Editor—I am 8 years old. Some of my little friends say there is no Santa Claus. Papa says, “If you see it in The Sun, it’s so.” Please tell me the truth, is there a Santa Claus?  Virginia O’Hanlon

“Virginia, your little friends are wrong. They have been affected by the scepticism of a sceptical age. They do not believe except that that they see. They think that nothing can be which is not comprehensible by their little minds.”

OK, back to reality now, from 1897 to 1948 – I’m hangin’ out around town, with visions of sugar plums dancing in my head, whatever a sugar plum is. We’re already planning Christmas dinner with the Salas from next door on Ralston Street, with that cute little red-headed daughter, her baby brother Mike and my sister Marilynn who’s now hell-on-wheels all over the house. 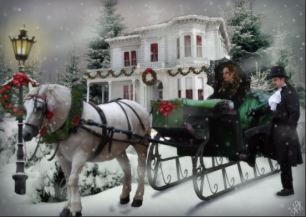 Dad got us a Christmas tree from the Lions Club downtown, brought it home on the roof of the Dodge and got pitch all over the car. We’re putting it up this afternoon later. He got six boxes of lights from Nevada Machinery & Electric downtown; he said that it’s taken a few Christmases after WWII to get any Christmas decorations and lights and stuff. We’re putting up a tree in our classroom at Mary S. Doten School – I hear tell that a day is coming when we can’t even say the word “Christmas” at school but this is 1948. 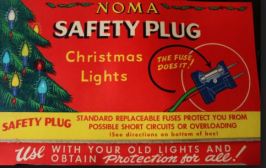 There are only a few weeks left until Christmas; we get out of school for a couple of weeks before and after the day, through New Year’s Day. We’re all making Christmas cards for our classmates. I’m lucky because my neighbor Margaret Eddleman is a pretty cool artist and she’s helping me. A bunch of guys from a “fraternity” up the street got in trouble for putting a red nose they made out of a tennis ball on one of the buffalo out at Idlewild Park and took it downtown saying it was “Rudolph,” or some such name, and the thing got loose in a bar on Sierra Street and nobody could catch it! (Who was “Rudolph,” anyway…?)

We like to go to the downtown library in the State Building downtown, and next

weekend some musicians are coming and a man named Darrell Cain is going to read a poem called “Peter and the Wolf” by some guy named Sirgay Prokophife or something like that he wrote before the war, and the musicians are going to play their weird horns – trumpets, piccolos, oboes, saxophones, bassoons and such – each instrument representing a character in the story. It’s supposed to be pretty cool. They did it last year also kind of a Christmas tradition that I hope hangs around. A friend of mine named Gene Aimone who lives around the corner from us on Nevada Street is reading the part of Peter. My friend named Lauren House gets to play his French horn, which I think is the duck in the story but I’m not sure. It’s a neat morning; no grownups allowed!

I wrote a letter to Santa Claus, but I haven’t heard

back yet. Mom said he isn’t very good at answering his mail. I asked him for an electric train but I’m still pretty little for that. The little red-haired Sala girl next door wants an oven and some cooking stuff so she can cook like her mother Chetty does. Girls – yeecch – I’ll never understand them….

Dad brought home a couple boxes of records from his friend Mr. Saviers’ store on Second Street. There are about eight records in each box; each one has one song on it. The neatest one is by a guy named Bing Crosby – that’s a funny name – how would you like to go

through life with a name like “Bing”? But he’s a pretty good singer. Dad got a record player when we moved up to Reno. It’s pretty big and noisy but you can put about 12 records on it and it will play for two or three hours. He got one of some group from a “Tabernacle” that’s pretty heavy singing. The “Men of Renown” singing group goes downtown every night from now to Christmas and sings carols while people shop on Virginia Street and at Gray 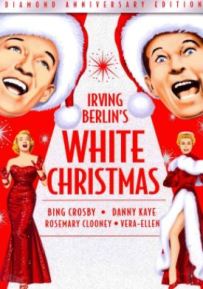 Reid’s. Dad’s friend Mr. Battaglia organized that group. My friend Billy Crouch’s mother organized a group of four ladies who also sing around town. I heard that a famous group came to the New Gym at the

University of Nevada, and a local drive-by newspaper columnist called them “Fred Waring and the Blenders” and not one soul, including the genius editor, knew that  their actual name was the “Pennsylvanians.” But that was 50 years after today so I can’t really write about it yet. But they were good singers.

The evening newspaper the “Reno Evening Gazette” is running a contest for outdoor decorating for Christmas, with categories (pretty big word for a six-year-old, huh!?) for businesses downtown, for private homes and one for kids-only decorating. Last year Reno people weren’t happy because a kid from Sparks named

Bobby Warren won it for decorating his parents’ home on B Street at 4th Street. (I want to learn to write someday, but stuff like “4th Street” in Sparks, but “Fourth Street” in Reno is already making me crazy.) Nobody is using any light bulbs yet. The first outdoor lighting anybody in Reno remembers was done in the mid-1950s by the president of the power company, Mr. Fletcher, on a home on Skyline Drive just before the street ended at Moana Lane. It was just a simple five-pointed star. My playmates Linda and [the late] Jon Madsen lived there much later.

I’ve got a lot more notes for stuff to write about – Santas at the 20th Century Club and the YMCA downtown and the Elks Club on Sierra, and a lot of other stuff, but this is getting pretty long so I’m going to “post” it, whatever that means. Come back here on Christmas Eve and we’ll re-do Cactus Tom’s perennial favorite “Smokey Joe” then the Ol’ Reno Guy is going for a long winter’s nap….