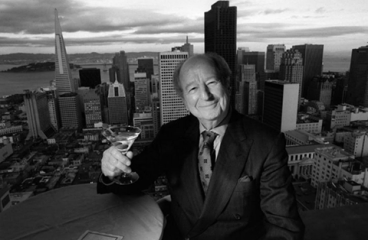 Sure – Herb Caen is my role model; make no mistake. I’ve always wanted to have a deadline six days a week in six decades as he met. And yeah, I use his heds once in a while, but I don’t think I ever knowingly used one without attribution, especially since he passed away in 1997 (and yes I went to his service, which was at just about any pub in San Francisco that first week of March!). So when you see A Pocketful of Notes, as above, or Out Of My Mind, or These Things I Like or others in this column, look for attribution to him.

Sadly, one of his trademark names, this the one of his mythical ace researcher who he’d dispatch to the darkest corners of The City to ferret out some facts, is no longer relevant. The name he gave this person was Etaoin Shrdlu, and at one time in journalism circles it drew a lot of yucks, for all right down to the newest-hire copyboy knew what Caen meant. Now in the 21st century I used it once, only to find that only I and the Big Dude Lerude knew whereof I wrote (OK, Jim Richards makes three).

In the golden days of the newspaper biz, the type was made by dumping molten lead into a mold created by a Linotype machine, which was already on the pathway to oblivion when I enrolled on The Hill in 1959 (but legendary Professor Higginbotham required a class be devoted to it, 16 weeks. He also decreed hand typesetting, a la the Gutenburg Bible) for another 16 weeks. When the Linotype operator knew that he made an error, he’d drag his right index finger from the top to the bottom of the dominant row of the machine’s keyboard, like a typewriter’s ASDFKL: line, but vertical on a Linotype. On the Linotype, it made a line reading ETAOIN SHRDLU. This line stood out like a sore thumb to the copyeditor, who would pull the lead from the elaoinshrdle line and the one above it – the one with the error.

Caen named his mythical researcher Etaoin Shrdlu, to the great amusement of newspaper people. I used it, one time (with attribution to Caen) and knew that I’d never do it again. No one knew what the hell I was writing about (which is not uncommon). So – should you see that person’s name mentioned in type, that’s the story. I give all my heavy research to Carmine Ghia, who first appeared in my column in 1999. And, is now about as relevant at Etaoin.

Here’s a classic Herb Caen squib that got the phones in San Franciisco pretty well tied up, probably in the 1950s. Once a year or so, Caen, in the Chronicle and Don Sherwood on morning drive-time on KSFO radio, would make some wisecrack that would actually tie Pacific Telephone’s switching equipment in a knot, with listeners or readers telling their friends stories like this:

The gentleman was up and getting ready for work, breakfast and then catch the 10-Monterey (22-Fillmore, 30-Stockton, whatever) to his office downtown. He’d just stepped out of the shower, and was still in his birthday suit when his wife called him, “Honey, the sink seems to be backed up. Can you take a look at it?” He grumbled but pulled a towel around himself and went into the kitchen. He knelt with his head under the kitchen counter looking at the plugged trap when the family dog ambled into the kitchen and drug his wet nose across his master’s nude posterior.

The guy reared up and struck his head on the sink cabinet quite hard, and knocked himself out. His wife found his unconscious body and couldn’t revive him so she called the ambulance. The ambulance crew couldn’t revive him either so they loaded him onto a gurney and were carrying him down the half-stairway to the street. One asked the wife how this happened, and she told them.

The ambulance crew started to laugh, one so hard that he lost his grip on the gurney. The gurney fell, the naked unconscious husband’s wrist was broken in the fall. They reloaded him and carried him to the ambulance and drove him to Harbor (Presbyterian, St. Francis, UC Parnassus, whatever) Hospital. There the doctors set his wrist in a cast.

The guy came to shortly, wondering why his head hurt, his arm was in a cast, he was breathing through an oxygen cannula in his snoot and he was in a backless hospital gown, when the last recollection he had was looking under the sink with a pipe wrench in his hand…