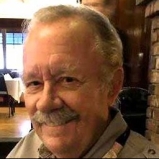 This site has been in free-fall for a month now, since I opted to have a procedure done on my spine to alleviate a constriction in the spinal column. This contemplates opening up the spine with a carving knife and then taking a Dremel bit and grinding off part of the knots in the spinal column so brainwaves, if any, can travel up and down from my noggin to my feet. Then the whole thing is sewed up with 34 staples, I regain conciousness, and pay the girl on the way out. Fortunately, I’m sedated during the process.

But it hurts. A tip of the hat here to Dr. Perry at SpineNevada, who orchestrated the whole three hours masterfully. I’d send a friend back, which is a sign of huge appreciation.

Now I’m feeling the urge to write something – the six-year-old kid on his bike – stories of Reno and Sparks back in the day – or now a few hilarious anecdotes about hospitals and those who moil in them, and a couple of true stories about HIPAA and its ramifications – the bad guys don’t need to bomb our motherland; we’ll do it to ourselves sooner than later, with privacy.

The message is, come back and see me in a few days. And don’t pay the ransom, I escaped. signed, Karl Breckenridge AKA Ten-twenty-nineteen-forty-one. The drive-by writer with little spring in his step nor glide in his stride. But that’s coming back also…