From a couple of ancient columns we post another offering of a bygone Christmas in our little hamlet:

Following a couple of “Walking” columns, I received an interesting email: “I’ve lived here for thirty years and I don’t know what you’re talking

about.” I have a flash for this reader: There are people who’ve lived here twice as long who don’t know what I’m talking about either, and I occasionally include myself.

So to appease him (her?); we’ll only go back almost fifty years this morning to 1970 – there’s only 15 shopping days until Christmas, the Pinto’s warmed up in the driveway so we’ll drive to a couple of shopping areas. Park Lane Center, the granddaddy of local shopping has been open for four years now but we’ll start elsewhere and wind up there next week.

We like the Keystone area, as do so many people who moved into that

booming area when Sproul Contractors started building homes in the first one-third of the 1960s. A mini-town sprang up with its own banks, cleaners, service stations, even its own disk jockey on KOLO radio – live from the El Cortez Hotel – Pete Carrothers, who romanced the so-called “Sproul” (northwest Reno) trade on the air, asserting that he woke up next to every woman in northwest Reno (leaving out the “if she had her radio tuned to 920 AM. Lucky them.) The hot spot became the Keystone Center, built by Al Caton, the owner of Keystone Fuel/Reno Press Brick, committing land formerly occupied by the brickyard’s quarry. It had a movie theater, and the hot spot we’ll hit this morning, Uncle Happy’s Toy Store, the best in 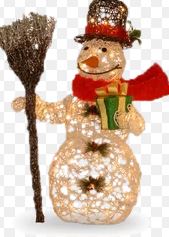 the West. Sir Loin’s Steak House was a favorite, operated by a couple of young guys named Nat Caraseli and Bill Paganetti, who later opened a little coffee shop called the Peppermill in 1971. We might go back there for lunch, there or the Chocolate Pit, later to become the Coffee Grinder that fed a generation of local folks.

Across Keystone was the greatest drug store in Reno, the big Keystone Owl Rexall Drug, Jim Henderson and Frank Desmond, your genial pill-pushers. Jim has passed away; Frank is an occasional contributor to this column, both good friends to many. Many remember Jim doing TV commercials occasionally with two guys he met playing golf at Hidden Valley, whose names were Dan Rowan and Dick Martin. While it was occasionally difficult to ascertain what product they were selling on TV, if any, they were having fun, and we at home enjoyed their own localized Laugh-In. We’ll stop in there this morning on our shopping spree and pick up some gift wrap and stocking stuffers.

Traveling down Keystone Avenue, we can go over the fairly-new Keystone Bridge, through an intersection that pits motorists from Booth Street, Keystone and California Avenues together to the amazement of all when it opened. In the venerable Village Shopping Center by Reno High School were a number of old 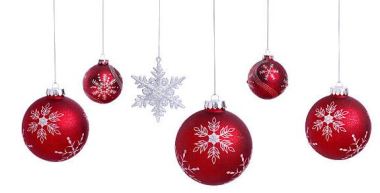 friends, like Safeway, Sprouse Reitz sundries, the Village Drug — a great complement to the Keystone Owl Rexall. The Mirabelli family had a record store there, later to move to Park Lane. A fabric shop that was there seemingly forever finally closed; the present shoe repair shop was probably an original tenant. P&S Hardware had a branch at the Village; Gene Parvin and Bill Spiersch making it easy for the burst of homeowner/fixit guys springing up in southwest Reno’s new homes. A Pioneer Citizens Bank branch. We can’t forget the Chinese Village restaurant, which had a number of names in years to follow, notably a Dick Graves chicken store, and would finally become the original Truckee River Bar & Grill. A lot of good grub has gone through that corner in forty-plus years.

The Village is a Reno fixture…

We’re still stumped with a few gifts so let’s keep moving; it’s approaching noon on a December 1970 Saturday so we’ll park at Shoppers Square on Plumb Lane (I wish that Security Bank on the corner had an ATM – I could use a little cash.) Like Park Lane across the street, Shoppers Square was open then between the stores; the roof came later. (What’s with shopping center owners covering their malls? We Nevadans are a hardy lot.)

Silver State Camera held forth in the Square, probably the largest camera store in

Reno at the time. I got an Instamatic there; still have it. But nowhere to buy film for it anymore. Hobby Towne was head-to-head in competition with Park Lane’s hobby store, both good places to shop. There was a Spudnut shop, nothing like the original on West Fourth Street, not quite as crowded as Krispy Kreme would be 45 years later.

You can call it Savon, you can call it Osco, but you doesn’t has ta call it Skagg’s, the Square’s big anchor’s earliest incarnation [now CVS]. And my favorite store, two great merchants Hal Codding and Jerry Wetzel, who moved their ski-oriented sporting goods store Codding & Wetzel from Pine Street downtown (I wrote about it in conjunction with the Olympic A-Frame.) Both owners were fixtures in local skiing and the 1960 Squaw Olympics; Jerry would die a few years later in a skiing accident, while Hal brightened our town for many years to follow. I’d be derelict if I didn’t point out that Hal’s daughter Cindi married a good friend to many of my contemporaries and a Sigma Nu alum – Joe Murin – who recently was named by the RSCVA as Sterling the Butler, and if he can be half as dashing as his late [and ex-] father-in-law was, he’ll be a dynamite rep for our town. We’re betting he will be.

The hour draws late. Nod at Santa in the plaza, but don’t call him “George” and confuse the kid on his lap who thinks he’s really Santa. Maybe he is. ( [the late] George Randolph, the Square’s perennial elf and Hartford Insurance retiree)   Let’s walk across Virginia to the Central Park lounge in the Continental Lodge for a hot-buttered-rum.

DEC. 7 2018 FOUND THIS SQUIB IN MY TRAVELS AROUND MY LAPTOP; MIGHT AS WELL APPEND THIS TO THE POST (nothing goes to waste aroung here!):

This item hurts: The RG-J last week bore the news that Mirabelli’s Music City in Park Lane Center is closing.

1967 from the Village Shopping Center, where it opened in 1956. The Village was Reno High turf, and we sent two of our finest, Gary Bullis, now a local attorney and RSCVA board member, and Gary Machabee, local office furniture mogul, to be DJs at Mirabelli’s live from the Village. They weren’t bad; Gary’s even keeping it as a fallback career. What the article didn’t say was that the store actually had tenuous roots even prior to that in Savier’s Appliances on West Second and West Streets, where it was the “Record Room.”

Good luck to Betty Mirabelli and to Buddy and Lori Lehman and their families, and our thanks for six decades of good tunes.

Epilogue: When Park Lane was opened by a bunch of local guys in the

mid-‘60s, the detractors wagged “How could a doctor and a car dealer [among others] possibly run a shopping center?” Who knows, but they did, and it was a great, successful center. Now it sits dying, even while standing on the confluence of two well-traveled Reno streets, with acres of parking and easy access, thanks to some out-of-town experts who came to show us local yokels how it’s done. “Reno’s demographics changed,” they say.

Shows ya what “they” know … welcome to a couple thousand apartments … just what Reno needs. Merry Christmas to all and Happy Holidays to Dave G.

photo credits to damn near everybody; the RGJ, Pinterest, The Union for the great shot of I-80 at Truckee under snowfall, some are my own; others, who knows?

One thought on “Keystone Square and Shoppers Square – Christmas 1970”