The following is a tale of the Grandpa without a Clue. To elaborate, at a family gathering in San Mateo recently assembled some folks, dear friends all. On Saturday a cortège was leaving my younger son’s home – sons and daughters-in-law, grandkids, grandfathers, grandmothers – a lot of grand people in a flotilla of cars. The trip was to be short – through a quiet neighborhood to a youth ballpark where two granddaughters would play in separate games. The Final Boarding Process began. My grandson Andy spoke up: “I’ll ride with Grandpa Karl.”

I sensed a bonding moment. He examined my nearly-two-decade-old Miata ragtop rice 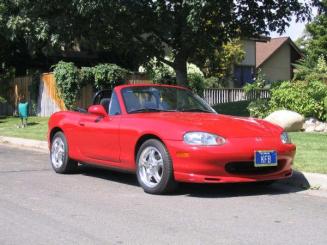 rocket, fire-engine red and looking as if it were going Mach One, when in reality 65 MPH was about all it wanted to go. But it looked hot. Andy, now 15, offered to drive. “I can get us there.” Having lived 62 years longer, I sensed the peril of his request. “You have a learner’s permit yet?” I asked. “Working on getting it online. No,” he responded, strongly reminiscent of his father in 1982, absent the “online” afterthought.

“How bad could this be?” I pondered and flipped him the keys. “Don’t tell your Mom,” Mom was now aboard a car enroute to the ballpark. I entered the passenger side, he the driver side. I noted that he didn’t pull the seat forward, owing to his frame well on the way to his father’s 6’-4” range. He cranked up the tiny engine. He slipped it i

nto gear and made a smooth start up the avenue. “You

been driving your dad’s stick-shift much?” I asked. “Yup,” he answered. “Don’t tell my Mom.” We were off to the races. But not to the game – he passed the turnoff to the ballpark. I just sat and watched, my mind going back to having his dad drive me around in my pickup in 1981. We didn’t tell Mom about that either.

I sensed my error in giving him the keys when we turned onto the El Camino. A right turn put us on to Highway 92, and a short block later a big swoop put the rice 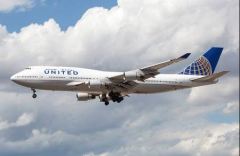 rocket onto the Bayshore. He slipped into fourth gear, then high. Approaching the SFO airport a Boeing 747 that had probably just ridden United’s Friendly Skies from Hong Kong for the past 13 hours was paralleling our route, low and slow in the clear blue sky with full flaps and all the gear hanging. “Take a good look; that’s the Queen of the Skies and we won’t see them in another year.” The death knell has

sounded for the Seven-Fours and soon they’d all be parked in Mojave, replaced by the Triple Sevens and the big Airbuses. Quite a sight. North we went on  US101, and in a quick glance in my outside mirror I saw a BMW 1600 in our wake, with an older gent in a jaunty driving cap, surely a grandpa, and an underage kid at the wheel. Curious…

The  light towers of AT&T Park came into view on the right. The Giants were in New York, but Jon Miller was on the radio, Pence was on second and Crawford was at the plate. Out Third Street to Van Ness and then Geary, turning south onto 19th Avenue. Looking around, the same Beemer was on our tail, but now with a ’57 T-Bird

driven by a kid with an old guy like me next to him, and in the inside lane a classic MG TD, with a youngster driving a geezer. Four old ragtops…curious. 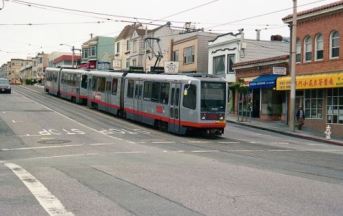 Past Coit Tower and the Golden Gate’s orange towers we went, a Goodyear blimp overhead, out 19th Avenue, Stonestown and the Parkmerced Apartments to our right, an SF Muni “M” streetcar on our left. A slight jog at Junipero Serra put us on Highway 280. “Wanna hit the Crab Shack?” Andy asked. I told him no, we’d better get to the ballgame to watch his cousins. Our speed was still OK. Crawford singled with an RBI as Pence scored in New York. And I looked over my shoulder – yikes. The trailing Beemer, T-Bird and the MG had been joined by an early ragtop ‘Vette – a beauty with another youth driving an old guy with a yarmulke then a red Fiat 124 with a young dude named

Luca driving what looked to be my buddy Joe Fazio from Marin. We took up the whole three  southbound lanes of Highway 280. Still doing only 65, as student drivers with no permits should.

But passing Half Moon Bay, the blue Pacific to the west, I noted a black-and-white helicopter overhead, and joining the parade of ragtops in trail was a black Crown Vic, “San Mateo” on the white door over a gold 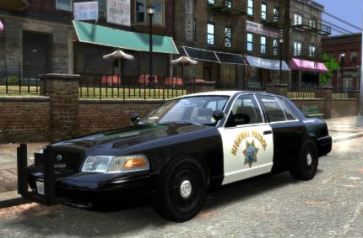 star. We were busted. A CHP cruiser joined the Crown Vic, all with annoying red and blue lights. Then another. And into that mix, an old Mustang and a ’68 Camaro melded, with, you guessed it, underage drivers hauling grinning old guys. Turning off 280 in unison, a dozen old ragtops merged onto Highway 92 toward San Mateo, with half the police in the Peninsula following and 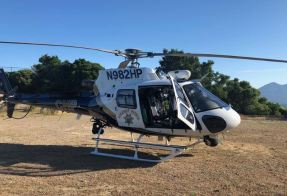 by now three helicopters overhead. Highway spikes and flares crossed Highway 92 ahead. “What’ll I do?” said Andy over the deafening sirens.

“Punch it,” I responded.

Onlookers were mesmerized to see an aging red Miata, followed by

the MG, the BMW, the 124, a T-Bird, a Jag XK120 [left] that had recently joined the convoy, with another half-dozen old roadsters rise up from the pavement, gently lifting through the low hills of west San Mateo, not unlike Elliot and his friends on their bicycles with E.T. in the basket in the Extraterrestial movie. Thin smiles crossed the countenances of the Grandpas without a Clue, and I think I even detected a

slight grin on the mug of a rather senior CHP trooper alongside the formation as it made its mass ascent. In the manner of airmen everywhere, we tossed a thumbs-up to the other Grandpas and their underage chauffeurs, barrel-rolled the red Miata back to earth to a full-stop landing on the ballpark parking lot, chocked the tires and Andy flipped me the car keys with a grin.

And this essentially fictitious tale is dedicated by all Grandpas without a Clue to Grandmas with an Attitude everywhere, and to Moms, on Mother’s Day [when this piece was published originally. And yes, the “Grandmas with an Attitude” was in tribute to Gazoo columnist Anne Pershing, who passed away four days prior to the  piece’s appearance in the paper, and editor Brett McGinness let it stand as written].

Thanks for reading and believing, and God bless America.