The new cars models are out and a bunch of us from Whitaker and Peavine are going to ride our bikes down and see them! The salesmen in the showrooms aren’t too nuts about a bunch of rag-tag kids coming in and leaving their bikes in their doorway but how else are we going to know how the new cars work? And someday we may buy a car, so HA!

I s’pose we rode to see the Studebakers first, since they were at Western Distributing on the northeast corner of Sierra and the Lincoln Highway. They so 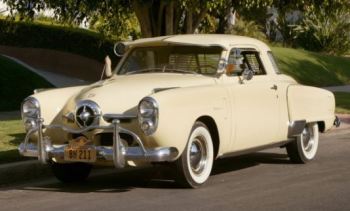 ld American Flyer trains and hardware too. Studebaker had been around since they first made covered wagons for the pilgrims. And they made a lot of wartime stuff, like Weasels and Ducks. Their cars were pretty neat, and they sold a lot of pickups too. I didn’t know it in 1950, but in a few years they’d build the Avanti, which could have been America’s Corvette if they knew what they were doing. 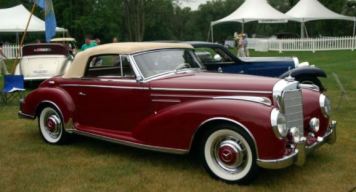 Just to the west a couple blocks, across Chestnut Street where the high school would this year become “Central Junior High School,” was Oden Motors, that sold a bunch of foreign cars, like Jag 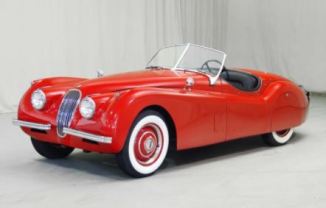 and MG and Austin, later the Austin Healey, and Mercedes Benz. Those Mercedes were a little over $3,500 a car, the most expensive car  in Reno! And the Jaguar XK-120 was one of the prettiest cars ever made. Mercedes would later move to the northeast corner of Virginia and Liberty Streets. 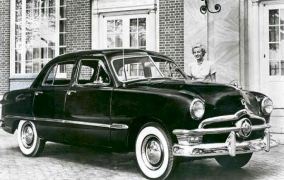 Richardson-Lovelock Ford was to the east, on what I guess was now called “Center Street,” but not too long ago was “University Street” and some maps and Yellow Page ads still show University. Ford was a big seller, had some pretty neat cars, but I mostly wanted a pickup 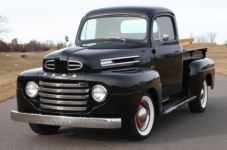 truck like my Uncle Vic’s, which was an “F-1”. But I’d probably never get one, because I’m only nine years old and those pickups cost over six hundred dollars, more than the Ford cars.

We rode down Virginia Street past the courthouse, where there were a bunch of car dealers. Scott Motors sold Cadillacs 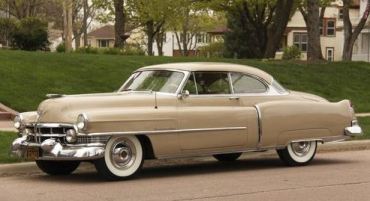 and Buicks and at one time sold the Durant, a high-end General Motors car. My dad bought a 1950 Buick from Mr. Scott. He was a pretty neat guy; he had a Lockheed Electra like that lady pilot who got lost flying around the world. His son was my age and would later run the dealership. But I didn’t know that in 1950. Buicks had a touch that would continue

I’ll bet until at least 2018 – they had “portholes” on the sides of their hoods, three was for Special, Super, and Century; four was for Roadmaster, their big expensive model. They all had big engines, bigger than other GM cars. And the Cadillacs in the same showroom, on the west side of Virginia where Ryland dead-ends into it, were no doubt the ritziest car on the road. Some had air conditioning, and a gadget to dim your headlights when a car was in front of you. Dad said it didn’t work.

The Pontiac dealership was a block to the east, on Center and Ryland. Mr. Winkel owned that. Dad got 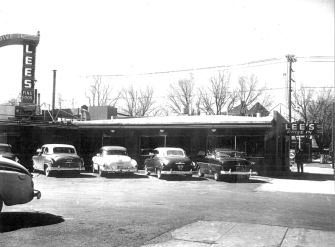 a 1950 Pontiac “Catalina,” a two-door coupe that GM introduced that year that was designed to look like a convertible. Chevrolet had the “Bel-Air” version, and Oldsmobile the “88” model – all hardtops. Our Catalina (second from the left, light-colored car) was in a picture of Lee’s Drive-In on Sierra and Fourth Street that I found by accident researching drive-ins. But that was a lot later, I was a really old man then, about 50. Marsh Johnson’s Chevrolet was north on Virginia across Court Street from the courthouse. Mr. Johnson would later build a shopping “mall,” they called them later, called “Park Lane” a couple miles south of town.

Waldren Oldsmobile was just south of Scott Motor’s Buick. Mr. Waldren would be 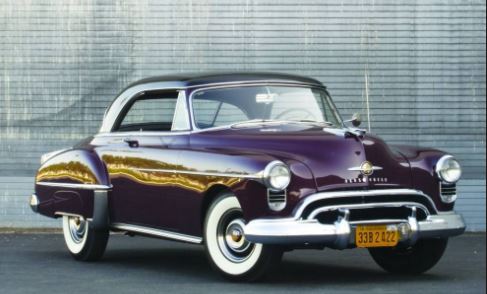 one of the first to move off “auto row” on Virginia Street, staying on Virginia Street but building a whole new building just south of what would later be “Plumb Lane” by Mr. Johnson’s shopping mall. In later years there would be no Oldsmobiles (nor Pontiacs!) and the Oldsmobile dealer would become a fish/sushi place. Yecch…raw fish…… 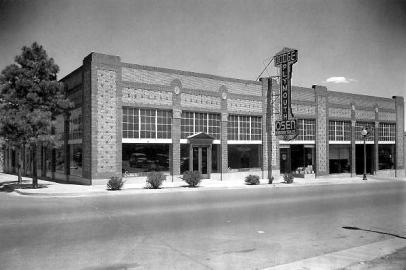 and looked at those cars. Their dealership’s building was really pretty, said by some to be designed by a man named Frederic Delongchamps. I got in trouble once for writing that it looked just like an auto dealership on Van Ness Avenue in San Francisco designed by prominent SF architect Willis Polk so I won’t write that again. I got a picture of it from my buddy Jerry Fenwick – someday I’ll write about Jerry’s parents’ art shop downtown. The Dodge and the other MOPAR cars  had a “Fluid Drive” – kind of an automatic transmission that you had to shift, but the clutch was automatic. Dad had a 1948 Dodge and like most Chrysler products the back-up light, which had to be turned on and off manually, was always on. 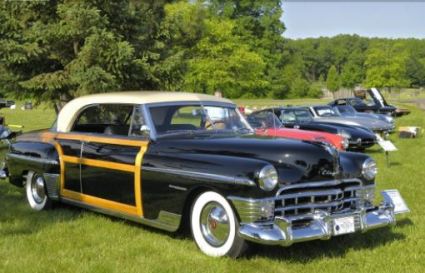 Dad and my uncle John and their friend Wayne Spencer were once in San Francisco, and while my mom and aunt and sister and all took off downtown to the City of Paris and Gump’s and Maiden Lane, my dad and John and Wayne had a few in some dive bar and got pretty well toasted, and Dad went up the street and bought a Chrysler convertible with wood sides. The next day he had to go back to the dealership on Van Ness Avenue and beg and plead to call off the purchase. It was almost a two

thousand dollar car anyway so he probably wouldn’t have been able to buy it. But we sure had fun, and was sorry to see him back out. Mom was, well, I’ll write of that another time.  Above, is the Chrysler New Yorker

We didn’t have to ride our bikes too far from Dodge to see the new Lincolns and Mercurys – just across Virginia Street. The Mercury (at left) was kind of a ho-hum car, not too much different than a Ford, (who owned Lincoln and Mercury), and the one in the picture has “suicide doors” (like the Lincoln below) – the rear side door hinged in back, so that if the car gets in a wreck the front and back doors jam and no one can get out. But the Lincoln was a great, big luxurious barge, the choice

of many rich people and government officials, and the Continental (below) was about the only specialized, souped-up car made in America. It had a V-12 engine – the biggest of the other cars had a V-8. And most had just a straight-line six cylinder engine. The 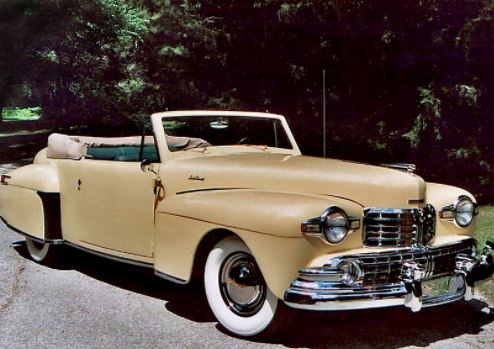 Reno Motors showroom, which I didn’t know then, would later become the casino for the Ponderosa Hotel, and even later a place called a “men’s club” where ladies would parade around naked. Yecch – sounds  like an air conditioning  and heating problem that needs repair to me but what do I know? I’m only nine years old.

Ya know, this is getting too long. Dad  says the most I should write is four sheets of binder paper or people won’t get through it. There’s more to be written – the

foreign cars, the trucks, and the attempts at “compact” cars like the

Henry J (left) and the Crosley – let’s get together another time and we’ll ride off to more early Reno auto dealerships…see ya all soon, right back here…