Effective on the first, which is to say the first chance I get, I am going to start a new venture. I have been invited by a San Francisco friend to submit somewhat regular posts to a Facebook website of and by San Franciscans – about, San Francisco, and my memories and experiences in that enchanted city. He/they want a Herb Caen-type, three-dot column; I reminded him that I don’t live in the City, nor did I grow up there, nor do I have a great number of resources to rely upon as I do for Reno and Sparks. He said do it anyway.

And so I will. I have no idea where it will land, but I have a wealth of San Francisco stuff in my noggin, and a lot of photographs, and two sons and their families who live there, and friends I can call if I get stuck. And I will.

But, in the near term, such a column will evolve, and I’m going to put it onto this website. Unless I can figure out how to make a companion website through WordPress. But, as a forewarning, that’s where we’re going. I’ll still post the meanderings of the little six-year-old kid remembering Reno from his Ralston Avenue home. And I’ll post old websites, taken mostly from old newspaper columns – after 29 years in that paper which name escapes me, I’ve a trove of stuff and stories yet to be told.

I’m not quite there yet, so I won’t trouble y’all with that web page’s name, but as the site matures, I’ll clue readers in – if you’re in Facebook you may request membership in the group, which is not a difficult thing to accomplish. If you’re not on  Facebook, it’ll be posted here way you may read it 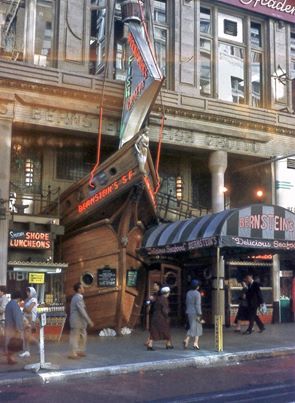