How all this began…

Boyoboy – it’s been a busy summer with a lot going on, now the whole family is off in the ’41 Chevy for the Elks’ annual picnic at a place at nearby Lake Tahoe called Fourth Creek. It’s almost by the bottom of the Mt. Rose Road, by a beach across from a place where Hyatt hotel will be built 50 years later. Today in 1948 there’s nothing for many miles in either direction – west to the state line and “Crystal Bay,” or east all the way down to where Highway 50 hits the lake. Nothing.

The picnic is fun with swimming and lots of food. The lake is really pretty. We go 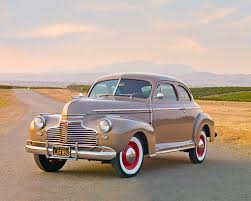 home toward dinner time down the little two-lane road that will close when the first snow hits at Thanksgiving, and be closed all winter. It’s hard to believe on this sunny afternoon that a rainstorm would occur in a few years so quick that a couple would drown when their car was swept off the highway on the other side of the mountain, by the Boy Scout campground in Galena. Flash flood. Scary.

School will be starting for me next Tuesday – all the schools start the Tuesday after Labor Day every year. Last weekend Dad went to Mary S. Doten School down the hill from our house with a whole bunch of other dads for a work day. The school’s principal Rita Cannan ran that show, what a tyrant she could be, a little tiny woman telling all these big guys how to rake and stuff. And she really got on them when they crossed Fifth Street to Beetschen’s Cottage Grocery and got a load of Sierra Beer. Wowee, what a ruckus. But, it was being played out all over town, with dads helping get the five elementary schools, B. D. Billinghurst way out on Plumas Street and Northside, in the middle of downtown Reno. And Reno High School, over a couple blocks from our house on Fifth and West Street ready for us next week.

Mr. Minetto, the janitor at Mary S. Doten always had the shiniest hardwood floors of any of the Spanish Quartette schools every year. I’ll never smell floor wax again without thinking of him!

Our family went to the last fireworks show at Mackay Stadium last Friday night. I think we hit most of the Friday night fireworks this summer put on by Harold’s Club. I’m told that in another year a friend of Dad’s named Tom Wilson who writes Harold’s Club’s ads would get rid of the apostrophe in their name forever. I think that’s what that little comma is called anyway. We also walked over to the final Reno Municipal Band night at the Quadrangle at the University. The band was at the “Quad” all August; in July it’s at the park in Virginia Lake, which only opened about eight years ago. It’s a fun show.  Mr. Tinkham, “Tink” Dad calls him, always plays John Phillip Sousa’s “Stars & Stripes Forever” march at the end, and leads all the kids on a march around the Quad. I heard, but don’t know now ‘cuz I’m only a little guy, that my classmate Glenn Little would take over the band in the 1980s and lead all the kids around Wingfield Park. But I don’t know that yet. Oh, and there was always watermelon at the Quad and the park for us! Pretty cool…

And I might add that starting on Tuesday if you’re at the University and not in your senior year, you better not walk on the Quad or you’ll be “laked” – thrown into Manzanita Lake. The first time you’ll walk on the Quad is to get your diploma at graduation!

Reno was in the national news over Labor Day weekend because there was a “strike” by the restaurant workers downtown on Labor Day, when none of them came to work on this busy weekend. The men who live in Reno weren’t about to put up “with that crap,” as Mr. Sala called it in the newspaper, so a bunch of businessmen – and some of our mothers – went to the restaurants and worked, cooked, cleaned tables, brought food to the tourists, and made the people from out-of-town comfortable. That might be the last time I ever knew my dad to cook anything. And it all worked. The restaurant workers came back to work in September and life went on. And after Dad cooked they said Grace after dinner. 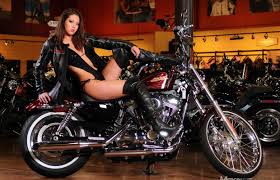 Reno also made the news when the motorcycle club from Sacramento and Oakland came back to town. A whole bunch of guys – “Badass Dudes” Dad called them and Mom really hollered at him for using that word – all converged (pretty big word for a kid, huh!) at the park in Wingfield with their black leather jackets with stuff on the back, no helmets and with sleeping bags and set up housekeeping. They all rode Harley Davidson motorcycles. Many of them were leftovers from the Army after the war ended a few years ago. They made a lot of noise with their motorcycles’ motors, and swore and drank and scared everybody. But what was funny for us kids was that all they really wanted to do was have fun. We rode our bicycles to the park and they were pretty good guys (they didn’t smell too good!) but they showed us how their motorcycles worked and were pretty fun. The police came and screamed and shouted and raised hell but really should have just left them alone. They came back for four or five years, and camped in the park. Someday I’ll write about the Gypsies who came to Idlewild, same thing – just leave them alone and all would be fine, but no, we just couldn’t do that… (And Mom said that I can’t write “hell” anymore as long as I live at 740 Ralston Street.) Mom was counting nickles, dimes, and quarters on the kitchen table when she suddenly got very angry and started shouting and crying for no reason. Dad said to me, “She’s going through the change.”

Anyway the summer is coming to an end. The Reno Recreation Department hires mostly college kids, and a few high school kids, to run the park programs like across Ralston Street from my house at Whitaker Park, the tennis program with Mr. Fairman and free tennis lessons at Wingfield, and the Reno swimming pool in Idlewild and Deer Park in Sparks. With all the kids starting at the schools and the University, there’s no one left to work so they’re all closing!

Been a good summer had a lot  of fun, learning to write better. Come back once in a while maybe I’ll write another story about Reno after the war. Lots left to write about. See ya….