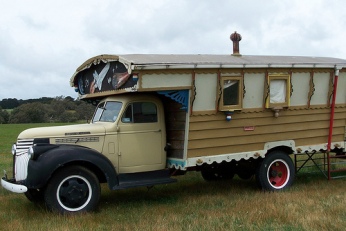 I was visiting some friends a while back in their pleasant and tastefully-furnished home when I saw a piece of furniture that head-slapped me back to a time in the early 1950s when people parked diagonally on the Virginia Street bridge, fast food was the Q-ne-Q Diner, television was soon to arrive in our hamlet and sales tax hadn’t been invented yet.

“Where in the world did you get that beauty?” I asked, about a diminutive item that I’d have called a love-seat before the onset of political correctness in newspaper columns; now, just a skinny little sofa wide enough for two, woven of bent branches with twigs tying them off where they came together and wrapped around the legs, the branches forming the seat and a heavier branch curving over the sofa’s back forming a decorative arch. Very light, airy and welcoming.

My hosts, who had lived in Reno for a couple decades, told me that it was found left over in a rental they owned when the tenants vacated, and they took it home because it was kind of cool. My gut feeling was to offer them ten bucks for it, but I couldn’t do that to friends. The love-seat was a collector’s item for many of us who remember from whence that furniture came. And sadly, there are to my knowledge, darn few like it left in town.

It was made in Idlewild Park, from native sprigs growing around the Truckee, in two or three summers of what most recall as 1951 or ’52. It was during those summers that the Gypsies came to Reno, forty or fifty perhaps, men women and children. I’d like to write they came by horse-drawn, gaily painted and decorated wagons, with big round curvy roofs and flags and lanterns and chimneys and stuff appended to them. That would not be true, and this column is built on truth, sort of; what they did arrive in were trucks, but brightly decorated as I said above, trucks that looked like Burning Man meeting Steampunk. They did not come unobtrusively to idyllic Idlewild Park, nor set up furtively in the space behind the California Building. They arrived, grandly, openly and notoriously, setting up striped tents, kerosene lanterns and some Persian rugs that would be pretty desirable in a home today.

And did they ever shake up the townsfolk. “The Gypsies are back!” the hue and cry rumbled in the valley and echoed in the dell. “Lock up your children!” was the operative cry, for all had it on good authority that they were here to steal children, which, to my knowledge, never occurred, at least any children that were missed. They did busy themselves in activities more productive and industrious; one of their fortes was roofing, perhaps eight homes during their two-week stay, and to their credit I never heard of any homeowners displeased with their service. Roofing contractors, on the other hand, saw red but by the time the City of Reno could swing the hammer about small issues like building permits and insurance and contractor licenses the Gypsy trucks would trundle off down US 40 by the dark of night.

Other endeavors were as “tinkers.” They had crank-operated stones and went door-to-door sharpening knives and fixing things – I recall them setting up a shop replete with a wild awning in Whitaker Park, for the purpose of bettering the neighbors’ homes and cutlery. Fallon resident Janet Carrica Inda, in her 1982 UNR Oral History, mentions the Gypsies as adept at sheep shearing, which jibes with the accounts that many American Gypsies came from southern France which could possibly be sheep country.

And yes – the furniture. The ladies in the group went early after their arrival to 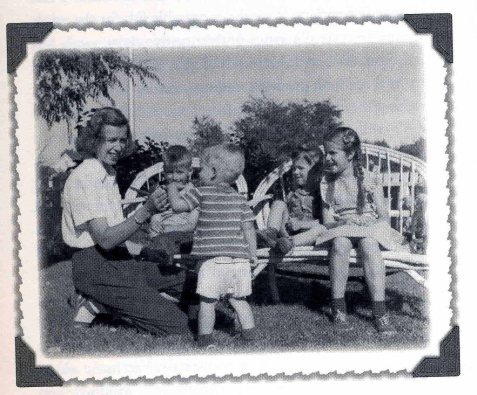 the Truckee, harvesting bale after bale of twigs and branches from the vegetation, and went to work making the love-seats, smaller chairs, sofas, or coffee and end tables. And local residents, one by one, learned of the furniture, came to the park and bought the items – three to five dollars a piece was the going rate. My friend Gordon Chism, whose family lived across the Truckee from Idlewild Park, included in his excellent book of growing up in Reno, “As I Remember,” a family picture with the family seated on a Gypsy sofa on page 50; buy a copy at Sundance – it’s a treasure….

When the day’s work was done, they’d party hearty in the lee of the California Building. The many of us who ignored our parents’ rants about avoiding the park lest we be stolen in later years, rode our Schwinns to the park and secreted ourselves in the trees to watch, and consider ourselves fortunate to have borne witness to the music and the dancing that shook the park up every night. Colorful costumes with a definite Middle Eastern flair connoting a Romanian influence – full skirts and sashes  and bonnets of bright colors on the ladies, baggy caftan pants and what we’d call cummerbunds on the men, exotic hats and fezzes, dancing and singing songs from a strange language with instruments we’d never seen or heard. There was a lot of laughter with perhaps a toddy or two being served, and food – barbecued on Gypsy ovens before the world knew what a Weber was (the Idlewild Park zoo was still active; we speculated what some of the entrées might consist of, but never learned of anything nefarious befalling the zoo animals.)

And one morning, they’d be gone, as quickly as they arrived. And one summer, they didn’t return. They stirred some hidebound sorts in our ol’ town up for a couple weeks, but looking back, it was in an innocent manner. The Gypsies of Idlewild were definitely a part of the fabric of our community for those two or three summers.

And no local children were stolen in the process. Have a good week, and God bless America! 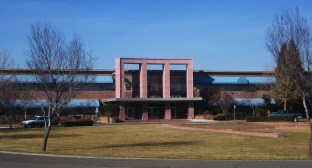 I just ran a column about Reno High School and mentioned its famous dome, which the architect himself, (Monk Ferris), called parabolic in a 1951 newspaper article. A parabola. Then, this arrives in the e-mail this morning, from a friend I’ve known since 1950 at Central Jr. High. I’ve been writing a column for 28 years, but it’s bullshit like this that will bring the curtain down on the whole shebang someday:

The “dome” at RHS is not parabolic. It is roughly ellipsoidal – or rather roughly the upper half of an ellipsoid, which is the three-dimensional analog of an ellipse. Both an ellipse and an ellipsoid have two foci, and rays emanating from one focus are reflected to the other focus. This phenomenon is responsible for some “whispering galleries” and “whispering domes”. One of the attractions in the physics lab at CalTech was a small water tank in the shape of the bottom half of an ellipsoid. When it was filled with water, poking a finger into the water at one focus made a little column of water shoot up at the other focus.

I haven’t set foot in RHS since 1959, but my recollection is that the dome is too shallow to be a true ellipsoid, and therefore incapable of transmitting whispers.

This is the new bridge in a shot I took from the 14th floor of the FNB building (Reno City Hall). It will be formally dedicated on April 12, at 11 a.m. I’ll have some more shots of it then