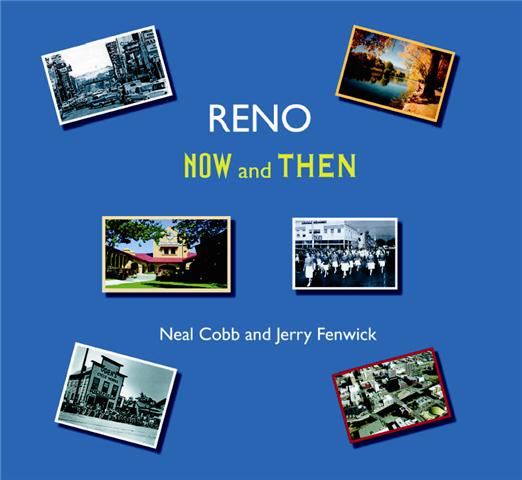 Two of my lifelong friends brought out a book a few years ago. Their names are Jerry Fenwick and Neal Cobb, and together they are to Reno what the Bettman Archives are to the US of A and Matthew Brady was to the Civil War – the two of them have this city on celluloid, cold.

The book was a tremendous success, photos of today contrasted against the same scenes going back in time, for comparison. Big, clear photos. I knew the book would be a winner, and that it would just encourage them. And it was, and it did. Now they’re doing a second book. And they’ve asked me to write another Foreword for the new book, as I wrote for the original. And I said I would.

I nicknamed them the “Grumpy Old Men.” Their opinions differed from time-to-time over the archival photos’ placement within the book, the description of the newer views, the dates that the older views were taken on film (many taken by their parents, who were all in the art and photo business in Reno before and shortly after WWII.) They differed on the occupants of buildings depicted within the book, on east vs. west, on 1909 vs. 1910, on whether the pizza on our work nights would be pepperoni, salami, garbage, pineapple, anchovy or just plain. On whether it would be Reno Now and Then, or Then and Now, and a sky blue cover or a dove grey cover. They differed on who would get top billing, Cobb vs. Fenwick, Oscar vs. Felix, on whether we’d listen to Benny Goodman, the New Christy Minstrels, Broadway, the SF Giants, jazz, Mario Lanza or the Chipmunks as the book was being crafted. They were indeed the Grumpy Old Men, and I swore that if I ever, ever got mixed up with them again, individually or collectively, jointly or severally, that I would have my head examined.

I’m getting used to my new brick home down here on the Truckee; the people who work here are friendly enough and let me wander the grounds at will, babbling aimlessly. They have allowed me my old favorite IBM Selectric III and some paper, and I am once again crafting a Foreword for the Grumpy Old Men’s second book, while they differ on the title, Reno Now and Then II comes to mind but I wouldn’t bet on it.

But it will be a hell of a book, mark my words, with wonderful old scenes of our picturesque town, some never seen publicly before, many with a running dialogue of little known, and often fun facts and anecdotes about our beloved hamlet, the Tough Little Town on the Truckee; The City of Trembling Leaves. (I can tell I’m getting very near to scribing a Foreword; I’m already plagiarizing John Townley and Walter Van Tilburg Clark!)

Publication date: The first. (The first chance they get.) But right now if I were loose in Reno I’d hold off on my Christmas shopping to ensure that my friend(s) will get a heck of a good book under their Christmas tree(s). Watch this space; the Ol’ Reno Guy will keep you posted.

If they let me keep my Selectric…